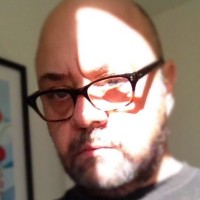 Floreakeats Classic: It’s time to bury the word “foodie.” I suggest we replace it with “food asshole.”

NOTE: This post first appeared on June 15, 2011. Thought it was time for a summer rerun.

It’s not just me. Everyone from the editor of Gastronomica to Mindy Kaling agree: the term “Foodie” is dead. It’s about time.

I became aware of the term “Foodie” about the same time that I met my first honest-to-God “Foodie.” In the early 90s, I worked with a guy who recounted with great pleasure that a meal he had at a hip and opulent new Boston restaurant (one that I rather liked) was “nearly inedible.” He also pointed out that six months earlier the same restaurant had been sublime — but that was before “everybody” had discovered it. That’s the kind of guy he was. He was also the kind of guy who savored ear-splitting experimental jazz and liked to make fun of the rest of the world who failed to attend Yale and whom he assumed ate Hot Pockets and candy necklaces for Thanksgiving dinner. He was, and is, the archetypical “Foodie.”

I had a visceral dislike for this guy, matched only by my hatred for the term “Foodie.” To my ear, “Foodie” has always been cringe-worthy — at once full of itself, yet laughable. Kind of like the upper class Yankees you come across in Cambridge who still go by their camp nicknames: Bootsie, Smokey, Mitt. Like “Yummy,” “Foodie” is one of those words that was never meant to come out of the mouth of an adult.

When I tell people that I’m studying for a masters degree in Gastronomy, they sometimes respond “Oh, you must be a Foodie.” I try not to punch them in the face and calmly say “No,  I’m just a guy who enjoys eating and studying about about food.” One of my greatest fears about the program at BU was that my professors and fellow students would all be “Foodies” whom I would want to punch in the face. To my great relief, I’ve only heard the term a few times in class and have never had to restrain myself from physical violence. To my great delight, I find that the people who actually know something about food are, by and large, an unassuming bunch who are curious, excited about experiencing new things, and find everyone’s story and their food worth learning about.

The more they know, the more down-to-earth they seem to be. They are the the exact opposite of “Foodies” who enjoy yielding the little knowledge they have over those poor unfortunates with “less refined” palates.

I didn’t realize until recently that Gael Greene (the nice lady with the amusing hats on Top Chef who also writes naughty fiction) coined the term “Foodie” in 1980. I’m fond of Gael Greene, but some 30 years later, I’m done with her coinage.

I’m not alone. It looks like the stars have aligned to rid the world of the term Foodie:

I haven’t taken the Gastronomica challenge of creating a new term, because the greatest alternative to “Foodie” has already been coined. And I only wish I had come up with it.

Around the same time that my co-worker was enjoying furrowing his brow disapprovingly over towers of food in and around Boston, my wife and I had dinner with one of her co-workers. She was a sweet woman with a tiny voice and keen sense of observation. Over a dinner she made for us, she told us a story about a friend who was much like my co-worker, “You know, a Food Asshole.”

Food Asshole worked for me then and still does. So unless Gastronomica comes up with something better, I’ll just stick to  being a guy who likes to eat and study about food.

57 thoughts on “Floreakeats Classic: It’s time to bury the word “foodie.” I suggest we replace it with “food asshole.””